A team of self-driving engineers at Georgia Tech believes practical experience is an essential complement to simulation training. But real, prototype, autonomous vehicles are expensive. It can take an investment of $1 million to build up the sensors, computers, and controls an AV needs. They’re machines to be babied, driven gently, and definitely not taken to aggressive extremes. If they crash, roll, or skid off the road, they could put people in danger, and budgets in the red.

While that might not bother a giant like Audi, which has sent robots around race tracks and up Pikes Peak, it’s a problem for anyone who doesn’t have cash to burn. 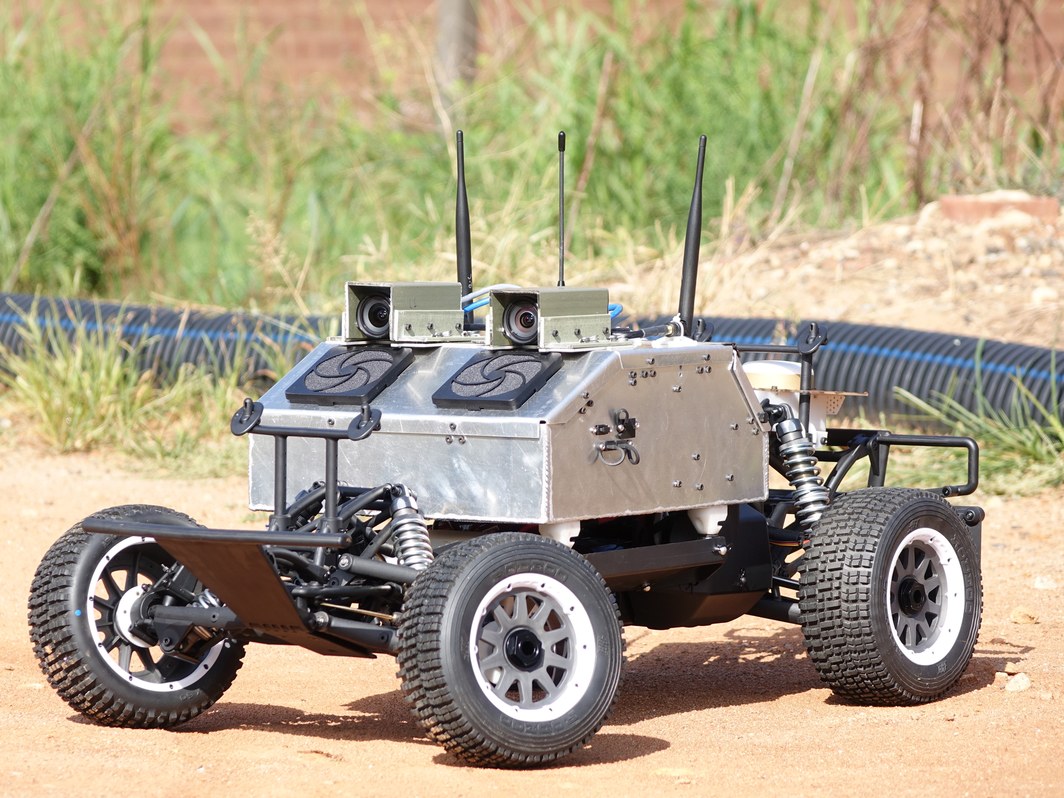 “As researchers we don’t have access, time, money, or space, to work with full-sized vehicles,” says Brian Goldfain, a PhD student in robotics at Georgia Tech. That didn’t stop him and his colleagues from doing their work. “We decided to create a fleet of scaled, self-driving vehicles.” These near-indestructible minicars can be used in any situation where researchers want to test self-drivers, but don’t have the resources to run a regular vehicle—especially one that they want to push to its limits.

“Most of our experimental results focus on the task of off-road racing,” says Goldfain. That includes dirt tracks, where skids and rollovers happen on a regular basis during tests. But the team has made instructions on how to build the vehicles available to anyone online, so other researchers can experiment in any extreme situation they can think up. They’ve named it AutoRally: an open platform for aggressive autonomous driving.